Now you’ve got your business all set up, you need some books to publish! 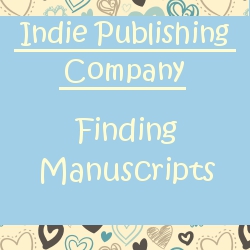 I started out with some ideas of where to get the books I’d be publishing.

I did a new edition of my own book (W)hole

updated with new material. There were also two collections of short stories by authors in my field that had been gathered and edited by Lee Nilsen, a contact who became a friend on message boards. He wanted to showcase work with disabled characters but would prefer not to have to deal with the formatting for publication or the promotion after the fact. So we arranged for me to take the books over but then I had an issue. Where would the profits for the books go?

It didn’t seem right for me to keep them. The authors had donated stories without expecting any pay and it seemed like it would be tricky to set up a payment plan for them all. So we all agreed that the profits should be donated to a charity that supports quality of life for people with physical disabilities. The profits from these two collections go to LifeRollsOn.org

With that taken care of, I needed to find a new author to publish.

I still felt weird about promoting my own work and I wanted to be able to whole heartedly promote someone’s work that I really believed in. So I went to a message board and blog where people were putting up stories for free in this niche genre. Not surprisingly the stories are hit or miss. There’s some messy amateur writing but also some real gems!

There was one story in particular that I remembered. It had been serialized but all together it amounted to over 50,000 words. Reading it on a webpage broken into pieces was messy and I knew this book had real potential.

I reached out to the author and asked if she would be interested in working with me. We had mutual friends, so it wasn’t a creepy situation for Annabelle! She liked the idea of her story getting a wider audience and so we pulled it from the blog and started editing, proofreading, and formatting (more on that next week).

That book became The Boy Next Door.

As it turned out, Annabelle is quite prolific and she had some other manuscripts she’d been working on but hadn’t posted. I was glad to get some work of hers that hadn’t been previously seen and from that we got The Time Traveler’s Boyfriend. There are some other Annabelle manuscripts that I’m considering. 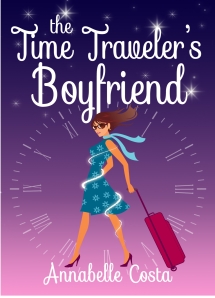 After that, another contact from the same message board told us that she had been working on some books as well. Lucy brought us Love In Touch. She’s got another manuscript in the editing stages.

So now I had two other authors besides myself, though they were people that I knew on a friendship level before I published their work.

However, it wasn’t all smooth going.

Through the same source I had some other manuscripts to consider. One of them I did put under contact, but problems came up. First with the author breaking the terms of the contract, then with disagreements about editing, then with my enthusiasm for the project waning. In the end I let that one go and gave all publishing rights back to the author.

There have been others that I’ve put offers on but didn’t pan out. I don’t mind rejection on that side, I want the authors to find the very best possible home for their books and that might be me and it might not.

It’s very difficult to be on the other side of it, though, having to reject manuscripts. That’s an inevitable part of doing this job. I’ve found it’s important to remember that my taste is not everyone’s taste. Just because I’m not enthusiastic about a story doesn’t mean that it’s a bad story or badly written. It just needs to find another home. A publisher has got to really believe in your work!

It is tempting to try to take every manuscript that crosses your desk. Knowing that you want to grow and have lots of books to offer, you start making compromises about what you want to accept. It’s important to stay true to your vision at least until you’re big enough to expand that vision. I had someone bring me a manuscript that wasn’t really a love story at all. I kept trying to stretch it towards being a love story because that’s what we do here! I should have just let it go sooner and maintained my focus on bringing people the kind of story that my brand has promised.

This post may not have been as relevant to you. Perhaps you don’t have access to authors through a message board of mutual interests. Perhaps you are only interested in publishing your own work.

But when and if you are ready, you can get the word out that you are open to submissions!

Now that I’ve got a rhythm going with Annabelle, Lucy, and myself, I’m thinking about putting an ad out in Writer’s Market. Before I do that, though, I want to make sure that I’ve really got the resources and knowledge to do the very best by these books as I can. Annabelle and Lucy have patience as I try out new things, but a new author that I don’t have a personal connection to will have higher expectations.

Another step to take is to contact agents of romance novels and let them know what we’re looking for so they can scout manuscripts for us.

I also hope to finish another of my own books soon(ish). People told me it would be challenging to write my own books and also publish and promote other authors and they were right. Challenging but not impossible.

I do have four novels in varying stages of completion, two of them quite close to a finished draft. But every time I try to make a prediction about when they will be ready, I’m wrong and then I disappoint people. So no guessing! But I hope some of those will be ready before too long.

You will want to set up some guidelines for submissions. It really helps to set up rules to make the process uniform. That way you only ever have to look in one place and at one format to judge all incoming manuscripts.

People said I’d be inundated with submissions as soon as I opened my doors, but that hasn’t happened yet. Partly because it’s an unusual and obscure niche and partly because I haven’t heavily advertised that we’re open to submissions.

It’s important to me that I can fully handle all the books that I promise to publish and since I’m just one person, I have to be careful not to take on too many at once.

Here are our guidelines: Submissions to Dev Love Press

You’ll notice that I put where to send the query, what to include, what subject line to use in the email, and also what time frame to expect to hear back from me. (Anyone reading this who is working on a book: I really want one with a female character with the disability!)

Be the first to know about new books at Dev Love Press. We'll keep you up to date and provide some specials for subscribers only! The monthly newsletter is packed with fun info like recommended YouTube videos and interesting blog posts from around the web. Subscribe to our free newsletter